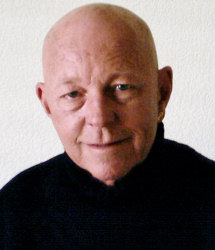 David Powell was one of the first Viet Nam veterans diagnosed with PTDS to benefit from Traumatic Incident Reduction (TIR). Out of this experience came his book, My Tour in Hell, A Marine’s Battle with Combat Trauma, published in 2006. David was a tireless advocate for veterans and for Traumatic Incident Reduction, giving live talks and interviews as well as appearing on radio and TV programs. An excerpt from David’s book, “An Office in Hell”, appeared in the anthology More Than A Memory: Reflections of Viet Nam published by Modern History Press.

In recent years he trained as a TIR facilitator, wrote a workbook for people dealing with post traumatic stress disorder, and was planning on attending and presenting at the 2011 annual Technical Symposium in Ann Arbor. To our great sorrow, we lost David this year to a sudden illness, shortly before the publication of Reboot! Confronting PTSD on Your Own Terms (Forward by John Durkin, PhD). He will be missed by all who knew him.

“David Powell did the TIR workshop with me as his Trainer about 2 years ago. In the workshop the other students loved hearing David’s stories about how TIR had helped him with horrendous war experiences. After the Vietnam war, David suffered from PTSD and after trying all kinds of other helping methods in the VA to no avail, he came across TIR and he was cured of PTSD. What was most remarkable about David was his compassion and genuine interest in others. We deeply mourn him and wish his family the best.”

On Sunday morning of this year’s Symposium in Ann Arbor, MI on October 2nd, 2011 at 9:00am there will be a brief memorial service for David for all who wish to attend.

David’s final work, Reboot! Confronting PTSD on Your Own Terms (Loving Healing Press) a 38-page workbook is available through www.TIRbook.com and other fine online retailers.