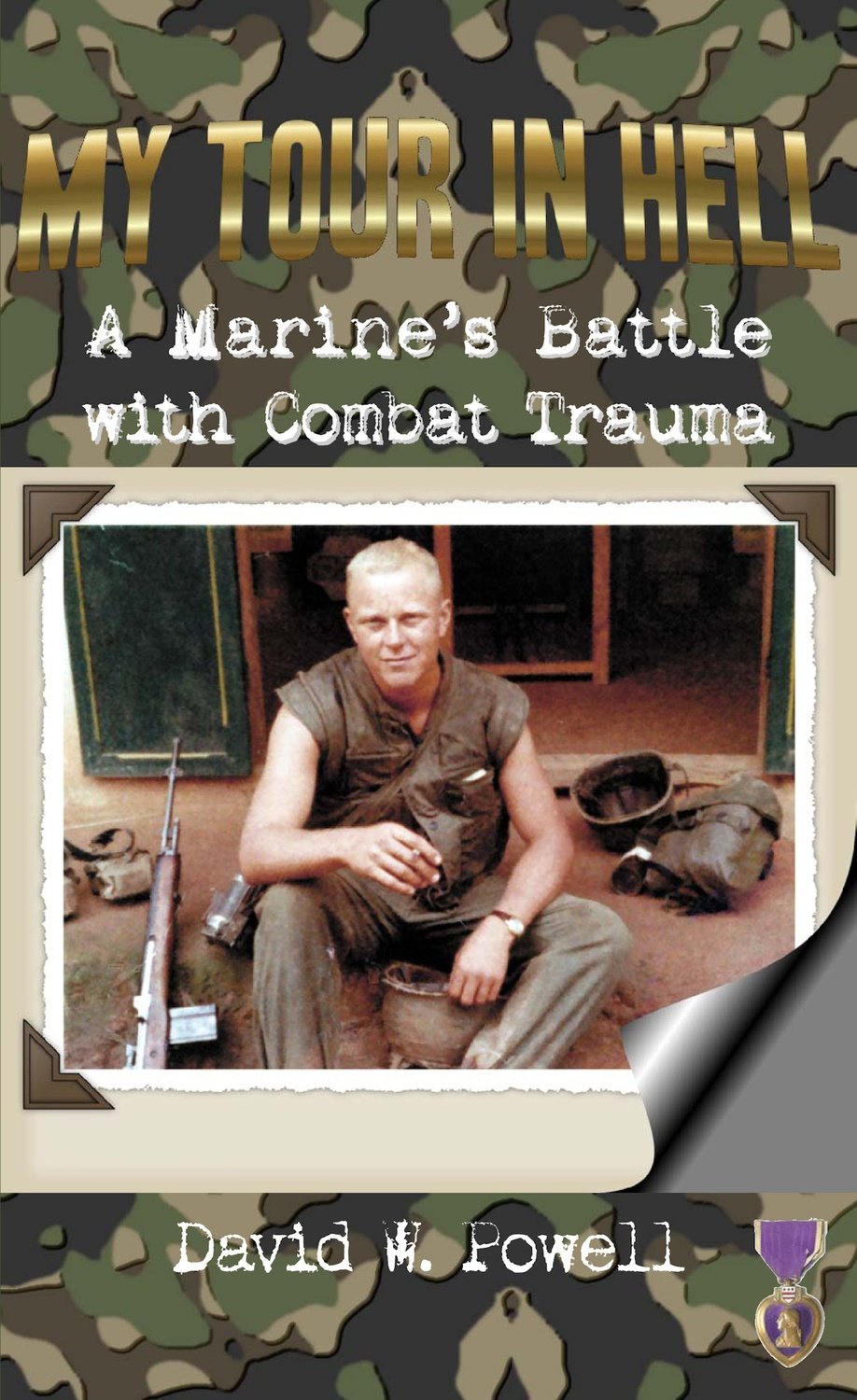 My Tour in Hell

David W. Powell enlisted for a tour of duty in April 1966 with the US Marines after receiving an imminent draft notice. Believing he would be able to leverage his existing skills as a computer programmer, he never thought all they would see on his resume was his Karate expertise. Even less that he would wind up serving as a Rocket man in the jungles of Da Nang and Chu Lai for a 13 month tour in hell.

David's journey from naive civilian to battle-hardened combat veteran shows us all how fragile our humanity really is. In addition to killing the enemy on the field of battle, he was witness to countless cruelties including murder both cold-blooded and casual, cowardice under fire, and
a callous disregard for life beyond most people's imagination. With each new insult, he lost a little bit of his soul, clinging to his Bible as his only solace while equally certain of his own imminent demise.

Upon returning to civilian life after a two year enlistment, he found himself with nightmares during sleep, intrusive thoughts while awake, ahypervigilant stance combined with an exaggerated startle reaction, and a seeming inability to control basic emotions like anger and sadness.

The price he paid for what would only be diagnosed decades later as Post-Traumatic Stress Disorder was broken marriages and relationships, inability to hold down jobs leading to bankruptcy, alcohol abuse, and having to hide the service he willingly gave to his own country.

In 1989, David eventually recovered through a simple but powerful technique known as Traumatic Incident Reduction (TIR) and is now symptom-free. Not just for veterans, TIR has since been successfully applied to crime and motor vehicle accident victims, domestic violence survivors, and even children. His story shows what is possible for anyone who has suffered traumatic stress and that hope, healing, and recovery can be theirs too.

What People Are Saying About My Tour In Hell

"His autobiographical work is a must read for veterans who remain stuck between two worlds. Healing is not forgetting; healing is making sense of the past in order to live life in the present with a restored hope for the future. Powell articulates this process very well and has given
a tremendous gift to the combat veteran community of any generation."
- Father Philip G. Salois, M.S., National Chaplain, Vietnam Veterans of America

"The connection of David's problems in his current life and his Viet Nam experiences is one of the clearest descriptions of how trauma affects our lives I have ever read. My Tour in Hell is a tribute to David's unwillingness to give up on himself in the face of great unhappiness."
-Laura W. Groshong, LICSW (Seattle, WA)

"Years in combat zones, group psychotherapy with combat vets diagnosed with PTSD and TIR training qualifies me to recommend this book. My Tour in Hell attests to David's journey from the boundary of a Marine grunt's PTSD despair to the horizon of integration, risk, and new meaning. Those in the helping professions will learn how the negative emotional 'charge' of trauma can be partially or totally eliminated through the adept facilitation of Traumatic Incident Reduction."
-Sister Kateri Koverman, LISW, ICDC

More Than A Memoir, My Tour In Hell includes