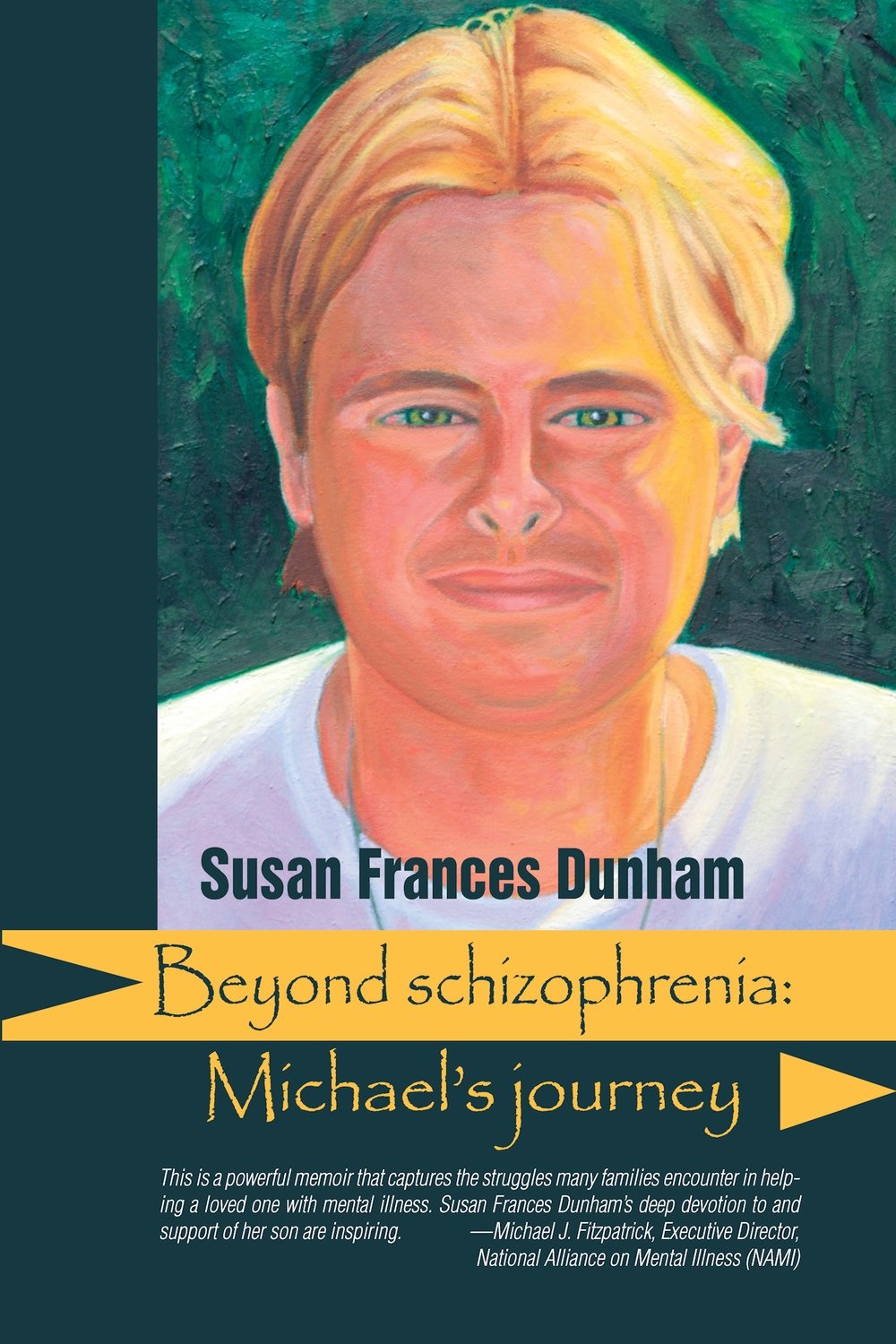 
Susie Dunham, Midwestern mom and former nurse, never suspected her son Michael
was anything but a typical college student with big dreams until he developed schizophrenia
shortly after his 21st birthday. The Dunham family quickly becomes immersed
in the nightmare world of mental illness in America: psychiatric wards, a seemingly indifferent
nursing staff, and the trial-and-error world of psychotropic meds. Michael's ultimate
recovery and remission comes with plenty of traumatic incidents involving both
ignorance and stigma, but his courage and quest for dignity will inspire all readers.

"Susie Dunham's heroic, heart-rending story is a beacon of light in the darkness of insanity.
It shows that recovery is hard-won but possible for people who develop schizophrenia,
despite a media that sensationalizes them, a society that shuns them, and a
dysfunctional mental healthcare system that fails them miserably."

--Patrick Tracey, author of Stalking Irish Madness: Searching for the Roots of My Family's Schizophrenia

"Every person in a leadership position needs to take the time to read this moving story
of triumph over adversity."

"The fact that Michael bravely fought this disease, picked up the pieces and moved beyond
it, should give others hope that one day schizophrenia will be seen as a treatable disease
with no stigma attached."

" Beyond Schizophrenia: Michael's Journey is a book that I couldn't put down. The
story of Michael's parents Susie and Mark who support their son both in good times and
bad really touched me. I really like the way the symptoms of schizophrenia are explained
clearly."

From the Reflections of America Series at Modern History Press www.ModernHistoryPress.com

MED105000 Medical / Psychiatry / General
Save this product for later
Display prices in: USD